The same relation was found in a review of 16 clinical studies: physical activity seems to have a strong protective effect against dementia. It has to be noted, though, that almost all these studies used self-report questionnaires to assess physical activity. Even though these questionnaires were validated, there is always some uncertainty associated with self-report, for instance regarding recall bias, especially in older people. Measuring physical activity directly is however challenging due to time and costs, especially in larger samples like these. And just because the samples are large, we can still see a trend in spite of this uncertainty. 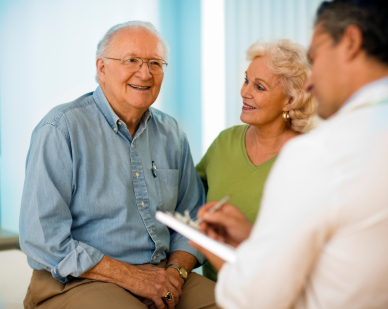 Physical activity only had a short-term protective effect (<4 years) against dementia in the Rotterdam study. This can be explained by the natural effect of aging on physical activity level, as the mean age was rather high (73 years) in this sample. A Swedish/Finnish study published in Lancet (2005) studied the same issue, but with middle-aged participants (mean age 50 years). They found that a high level of physical activity in mid-life even had a long-term protective effect against dementia and Alzheimers disease.

How can this association be understood? There are many theories. For instance, a study published in JAMA (2005) found that obesity in midlife (BMI>30) was associated with a greater risk of developing dementia later in life. Combined with cardiovascular risk factors often following obesity, like high total cholesterol level and hypertension, the risk increased additively. We know that physical activity protects against these risk factors – indicating that being active throughout the whole life span is of great importance.

But how much exercise is needed to keep a healthy brain? The results are inconclusive here and future research will have to target this. The training study Generation 100 here at CERG is operating with three sessions a week with moderate or high intensity, and it is going to be exciting to see if there are differences in health outcomes in terms of length and intensity of exercise.

2 thoughts on “Dementia and physical activity in the elderly – what do we know?”