The association between healthy lifestyle and risk of disease is well-known. No one has a guarantee of staying healthy, but numerous studies have shown that healthy habits, like regularly exercise, healthy weight, dietary habits and quit smoking, are strong protective factors of developing, for instance, coronary heart disease (CHD). Every year, millions of people are affected by such problems worldwide. Caused by bad luck, bad genes or bad lifestyle – who knows? The main advice from health professionals would in any case be to life a healthy life afterwards, and, eventually, quit habits that are known to increase the risk of disease. How well are these healthy advices adapted? And – interestingly – are there differences across countries regarding this?

Global studies are extremely difficult due to large cultural and socioeconomic differences. However, this was the main topic of a recently published study in JAMA by Teo and colleagues (2013). The authors examined the prevalence of avoidance or cessation of smoking, healthy diet and regular physical activity performance among individuals with a CHD or stroke event. These individuals were part of The Prospective Urban Rural Epidemiology (PURE) Study, involving 153 996 adults all over the world. The socioeconomic distribution was as follows: 3 high-income-countries, 7 upper-middle-income countries, 3 lower-middle-income countries and 4 lower-income countries. 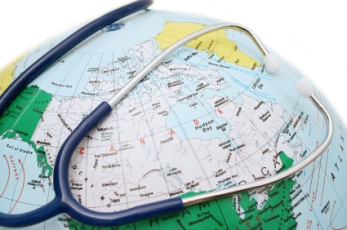 Of this larger sample, 7519 individuals had CHD or stroke (self-reported). Among these, the analysis showed, maybe not surprisingly, that the lifestyle habits not really were in accordance with the official recommendations. Not even after getting sick they were especially willing to change; for instance, 18.5 % continued to smoke, and 39 % had healthy diets. Further, only 35.1 % started exercising – dissapointing, as we know all of the benefits of physical activity both for healthy and unhealthy hearts. Alltogether, only a few had all these 3 healthy behaviours (4.3 %).

What then about differences between low- and high income countries? The impression of smoking becoming less attractive in our part of the world was here testified confirmed. As much as 75 % of the participants in the high-income countries quit smoking after they got sick, while 38.1 % their counterparts in lower-income countries did the same. Levels of physical activity increased with increasing country income, but this trend was not statistically significant. As for diets, the lowest prevalence of eating healthy diets was in lower-income countries, compared to the others. Still, it seems like adaption to healthy lifestyle after CHD or stroke is poor all over, but even worse in the poorest countries. The situation is complex and the governments definately have a job to do to improve knowledge of healthy behaviours, as well as paving the way to perform them.