The last decade has seen an opposite trend to advice people how much body weight they need to have for longer survival. This includes reports that suggest that few extra kilos than normal body mass index (BMI) is helpful. In contrary, long standing evidence has shown that having a normal BMI is more favorable for cardiovascular health.

In a previous blog piece, we have briefly discuss the evidence associated with being over-weight, and how these extra few kilos maybe beneficial for overall health. 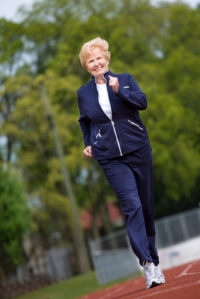 Meanwhile, overwhelming evidence has suggested that maintaining a normal weight (BMI, 18 to 25 kg/m2) is much favorable for a better cardiovascular risk profile, and a longer survival. On the other hand, being physically active not only helps to keep your body weight in control, but also beneficial for a lot other things, including lowering of blood pressure, total cholesterol and a better cardiac health. So far, a balanced lifestyle that includes smoking cessation, physical activity, and healthy diet among others would be advisable to people in all ages and in both sexes.