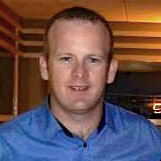 Guest blogger: Martin Maguire is the editor and author of Mersey Reds. Read why he thinks soccer is The Greatest Game On Earth

Football, soccer, the world game, the beautiful game, whatever you would like to refer to it as, has been played in some form for around 3000-5000 years.

However, football as we know it today was formed by eleven representatives from London clubs and schools at the Freemason’s Tavern on October 26, 1863. The outcome of the meeting was the formation of the Football Association, who amongst themselves created a single set of rules used to officiate over matches.

The first ever football match was played on 19th December 1863 on Barnes common at Mortlake, London between Barnes and Richmond Football Clubs. The game ended in a 0-0 draw.

Since then, football has flourished in Europe and throughout the world. Clubs and subsequent rivalries have been galvanised pitting city against city and country against country culminating in football becoming the most played and watched sport on the planet.

“Some people believe football is a matter of life and death, I am very disappointed with that attitude. I can assure you it is much, much more important than that.”

For many football fans there could never be a truer statement. Football is bigger than any one individual; reality goes out the window while you watch your team play. It is a living thing, not just a sport, and it has the ability to divide family and friends for those 90 minutes.

Supporting a club is like being part of a large family, a family that is united in wanting to see their team succeed. It is that feeling of family, which makes complete strangers hug each other when their team wins or become a shoulder to cry on when they lose a cup final.

Whether you go to the game, watch it in the pub or get up in the middle of the night on the opposite side of world to watch your team on TV, the emotions you go through are similar. These emotions can move you as a fan from the supreme highs to the lowest of the lows and back again. What is more, this rollercoaster ride continues to draw you in and entice you to come back for more every time. The sensation of your heart pumping, your body shaking, the nail biting, the clamminess of your hands, the tears, the shouting, the excitement, the disillusionment and the interchangeable feelings of happiness, sadness, joy and sorrow, whilst watching your team, all make football loved by so many.

“A cheer to end the first practice” by woodleywonderworks CC BY 2.0

No matter where you grew up in the world, as a kid you dreamt of being a superhero and embarking on your own hero’s journey. My childhood hero was John Barnes, the Liverpool legend. I played for hours on the streets and parks of my neighbourhood with my friends role-playing my dreams of one day being just like him. It is a universal dream shared by millions of young football fans across the globe but only a few ever reach such heights.

To succeed as a professional footballer, having a gift alone is not enough. You need to continuously strive to maintain a peak level of fitness, look after you body, work hard and dedicate your life to being the best.

However, football is not just about living the dream of becoming a professional, football is about having fun with your friends or team mates and finding a way to forget about the stresses of life.

Most fans would give their right arm to play just once for their boyhood club. It is their dream from a young age and this is the reason why fans have difficulty accepting it when a player does not give 110% on the field.

A lot of modern day professional footballers do not share the same passion for their clubs as their fans do. Unfortunately, at the highest level of the game, money and greed have taken precedence. Most professional footballers have lost touch with their supporters, the very same people that effectively pay their wages. They have embraced celebrity and become prima donnas with everything they do being scrutinised by the media. They have become more interested in what they can get out of the game rather than what they can give.

Regardless, the beauty of football is that it does not discriminate between race or religion, rich or poor and seeks to create its’ own culture of equal opportunity.

Football is played the world over from the parks of London, England, to the ghettos of Rio, Brazil to Bondi Beach in Sydney, Australia to the small villages in Ghana.

This beautiful game is played and enjoyed by people all over the world. Who would have thought on that October day in 1863 in the Freemason’s Tavern, London, football would become the phenomenon that it is today.