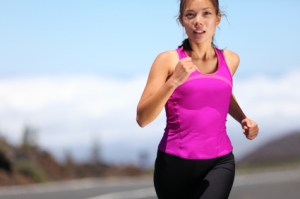 Exercise is healthy, and most of us do not get enough compared to what is ideal for good health. Debates and research focus has understandably gone in depth to look at effects in both sick and inactive. There has also been an important focus to find the most effective and time-saving workouts that can make it easier to motivate yourself to get a good effect. Meanwhile there is a growing group of people who have had the opposite challenge to contend with; exercise addiction. A Danish documentary was recently broadcasted on Norwegian television, showing this growing problem and how exercise totally governed their life.

Exercise leads to structural, functional and electrical changes in the heart. For most of us, this means improvements. The change most often seen in athletes at a high level (endurance sports) is that the heart grows and becomes greater, a term called exercise-induced hypertrophy. Cause? To handle larger amounts of blood to fill up the heart and then pumped out to working skeletal muscle. But there are no randomized controlled trials of exercise addiction or chronic overtraining. Thus, it is difficult to say what it will mean for anyone who suffers from this addiction in the long term, whether it is healthy or harmful.

Read also: Should we pay people to workout?

This month, two epidemiological studies were published in JAMA and looked at how much exercise is really healthy. The first study from the United States had 661,137 men and women in a study that follows people over a long period of time (cohort). The aim was to define an upper limit for how much training that provides longer life expectancy. Firstly, they found that those who followed the current recommendations for physical activity (approx. 30 minutes per day) came out well. Interestingly, those who lived longest actually did 3-5 times more exercise than the current recommendations. In relation to the risk of earlier death, or amount of exercise associated harmful, as much as 10 times higher than the recommendations were found harmless. Suggesting that the human body can adapt to very high doses of exercise.

The second study, which was published simultaneously in JAMA, was also a cohort study from Australia, with 204,542 men and women. They also found a significant increase in life expectancy among those who followed current recommendations, and they found further improvement if you spent 30% of training in higher intensity (9-13-%). The big limitation with both studies is that they rely on self-reported activity, and do not provide direct evidence that the more training and higher intensity you have, the longer you live. But both studies are noteworthy for all of us who are struggling to put enough hours into our bank of exercise, and for those that actually do get more than the recommended dose.

But back to those who have a morbid conditions for training. Many who suffer from this addiction defending their choices enough that top athletes also reach these high numbers of hours. Yes that’s true. On the other hand, most of the top athletes don´t have a full time job that require a lot of energy, and they therefor have a greater potential for recovery. An example of importance, which is often highlighted in the media about worlds greatest cross-country skiers, Petter Northug, is his enormous appetite for sleep and rest in between sessions. It is believed to be an important recipe to his success.

Until we get solid evidence of how much exercise that is healthy for your body, I advise everyone to use common sense and remember that we should exercise to live, not live for exercise!