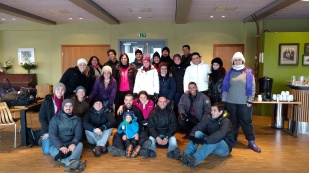 The general benefits of physical exercise and physical activity are widely known by the general population nowadays. Moving is good for your body and mind – this sentence is considered a universal and unquestionable truth. But why is it true? And for whom is the exercise good? What type of exercise? Which gears of our organism benefit and how it works? These are only a few questions that sport and exercise scientists seek to clarify by means of extensive researches in the most renowned universities worldwide.

Knowledge on the subject has advanced drastically over the last years and little by little we recognize the mechanisms of our body and how everything relates to health and well being. However many questions remain to be answered and different aspects emerge every moment to be investigated and explored: genetics, ageing, chronic diseases, among others. 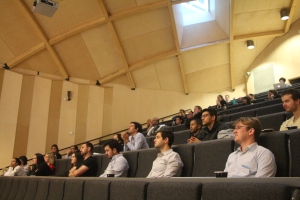 Focusing on widening the investigations on this matter, the UTFORSK Project promotes academic partnership between the Center for Exercise in Medicine – Cardiac Exercise Research Group (CERG) – NTNU and two Brazilian institutions: the University of São Paulo (USP) and the Federal University of São Paulo (Unifesp). The project began in 2014 and since then it has promoted not only excellence research on exercise physiology but also it has worked on improving Brazilian and Norwegian researchers’ formation. The leader of the project is Ulrik Wisløff, researcher of CERG-NTNU. In Brazil, Professor Patrícia Chakur Brum, from the School of Physical Education and Sport of USP, is the coordinator.

According to Jose Bianco N. Moreira, CERG researcher and manager of the project, among the general outcomes of the studies done through the partnership better understanding of the physiological, cellular and molecular effects of physical activity must be highlighted, as well as the development of physical activity programs that optimize results for patients with chronic diseases. Also, Moreira emphasizes the findings of new possible health biomarkers which may improve disease detection and perhaps inspire development of new medicine to improve the effects of physical activity in patients who have difficulties exercising – such as those hospitalized or with neuromuscular disorders. 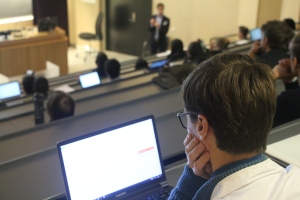 An example of research benefited by UTFORSK is the MET-Ex Project, coordinated by CERG. The objective of this study is to investigate the effect of exercise with high intensity on patients with metabolic syndrome. Tests and trainings will be applied to approximately 750 patients who present with metabolic syndrome. The research will be done with populations from various countries and UTFORSK made it possible to include Brazilian patients by means of a partnership with professor Carlos Bueno Jr., from the School of Physical Education and Sport of Ribeirão Preto – USP. According to Moreira, the benefit of this type of action is multilateral since CERG is able to diversify the studies’ sample and on the other hand USP strengthens its internationalization.

According to coordinator in Brazil Patricia Chakur Brum the “short term goals of the project were achieved, bringing benefits not only in research but also in education, providing exchange between the Norwegian and Brazilian groups”. Events were also organized to reach these results like seminars, workshops and lectures that gave young researchers the opportunity to discuss their works with international leaders in exercise physiology. The goal for the next years is to maintain the partnership and to broaden the training of students, professors, researchers and technicians.

Besides the partnership between CERG, USP and Unifesp, the UTFORSK program also fosters many other projects in order to strengthen the international cooperation between Norwegian institutions and partners in Brazil, China, India, Russia, Japan and South Africa. The program is funded by the Norwegian Ministry of Education and Research, and administered by the Norwegian Centre for International Cooperation in Education (SIU), in cooperation with the Research Council of Norway (RCN).