END_OF_DOCUMENT_TOKEN_TO_BE_REPLACED

There is now plenty of evidence that prolonged sitting increases diseases such as heart disease and diabetes. Some office workers who also sit when commuting can sit for up to 13 hours/day, and data shows that sitting kills more people than smoking.

In an analysis of 26,483 (14,209 women) healthy Norwegians, more than 7 hours of sitting/day increased the risk for heart disease by 35% with every additional hour of increasing the risk by 5%. The study was recently published in Medicine and Science in Sports and Exercise (MSSE).

END_OF_DOCUMENT_TOKEN_TO_BE_REPLACED

Researchers in our group have found that current physical activity guidelines for health are insufficient to mitigate long-term weight gain. The study was published in British Journal of Sports Medicine, and are based on data from The HUNT study i Norway.

END_OF_DOCUMENT_TOKEN_TO_BE_REPLACED

This question was raised by Professor I-Min Lee in her keynote lecture this week in the American College of Sports Medicine (ACSM) 61st Annual Meeting and 5th World Congress on Exercise is Medicine in Orlando, Florida USA. Dr. Lee is an acknowledged researcher and epidemiologists because of her important contributions to the research field of of physical activity in promoting health and preventing chronic disease. Dr. Lee was on the Steering Committee for the Physical Activity series published in the Lancet in 2012, and she has 41 articles cited more than 100 times (articles receiving more than 50 times is considered as classical articles). In her keynote lecture, Dr. Lee looked into the development of the research field of physical activity and health from the past to the present. 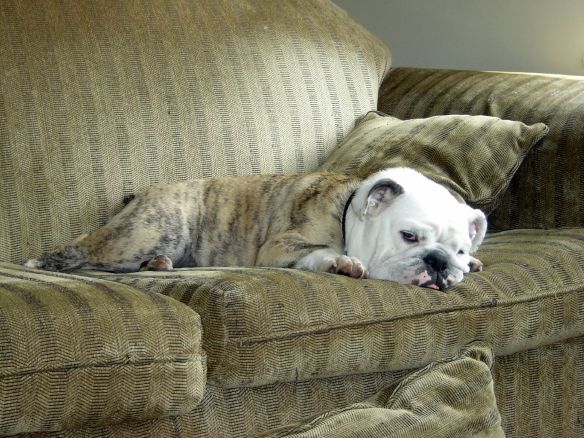 Are couches bad for our health? Photo: “Couch” by spacemanor.

Gaining legitimacy for the benefits of physical activity started with the Scottish epidemiologist Jeremiah Morris (1910-2009). By performing a large scale survey in 1949, he noticed that the sedentary drivers of London’s double-decker buses had higher rates of cardiovascular disease than the conductors who climbed the stairs. After this discovery, a considerable amount of literature has been published as strong evidence for the health benefits of regular physical activity across the life course.

However, the scientific evidence up today has uncovered complexity in the research field of physical activity, which can be illustrated by the following two statements: “I was born with bad genes” and “How little can I get away with”? According to Dr. Lee, there is at present no scientific evidence supporting that fact that genes can totally explain sedentary behavior. However, there is a growing awareness that our health status is based not only on our genes or only on our environment, but on the ways in which these two components “interact” with each other.  For example, some people may be more sensitive than others to the effects of physical inactivity, which means that being regular physical active will outweight any harmul effects from “bad genes”. In fact, recent results from 23,016 initially healthy women in the Women’s Genome Health Study suggest that women will reduce their risk of developing CHD by being physically active, regardless of their genetic predisposition for physical fitness.

The Joseph B. Wolffe Memorial Lecture at ACSM 2014.

When it comes to the question on how little physical activity is needed to gain any health benefits, there is some confusion about ways to distinguish sedentary behavior from physical inactivity. Dr. Lee claims that there is a need for a clear definition of the concept sedentary behavior, further, that we need more research using objectively measures of sedentatary behavior and physical inactivity in different populations. Nevertheless, in a recent meta-analysis of epidemiological studies, Sattelmair et al. found that individuals who met the official guidelines and engaged in the equivalent of 150 min/week of moderate-intensity leisure-time physical activity had a 14 percent lower coronary heart disease risk compared with those reporting no leisure-time physical activity. Further, and just as important, that people who were physically active at levels lower than the minimum recommended amount also had significantly lower risk of coronary heart disease.

So, are couches really bad for your health? Given the scientific evidence of the beneficial effects of physical activity and the harmful effects of physical inactivity and sedentary behavior the answer to this question should definitely be “yes”. According to Dr. Lee, sitting is the new smoking and it is time to quit. So if you really love your couch, the best way to keep it last longer is to minimize the use of it!