People who exercise regularly earn salaries between 6-10% higher than those who do not exercise, according to newly published research. 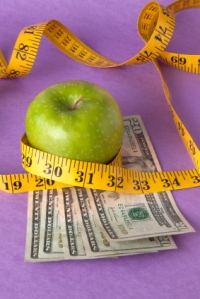 The study’s author, associate professor Vasilios Kosteas from the Department of Economics, Cleveland State University, USA, analyzed questionnaires from 12,000 people with questions about salaries and the amount of exercise they practiced. He said the data indicated that those who engage in physical activities like running, swimming, or lifting weights at least three times a week had up to 9% higher wages than the sedentary. Even for those who exercised less frequently, between one and three times a month, the survey indicated a 5% difference in average wages.

There are three potential explanations for the correlation between exercise and earnings:

The study, published in the Journal of Labor Research, suggests that regular exercise can have an impact on the productivity and well-being of an employee. “It is widely acknowledged that regular exercise has a beneficial impact on well-being. In addition to the positive impact on heart health, weight and on a variety of other medical issues, studies in the literature show that exercise leads to improved mental function, psychological condition and higher energy level, ” Kosteas notes.

He adds, “All three of these traits can be translated into higher earnings by increasing productivity. Besides the direct effect, exercise can have indirect positive impacts on labor market outcome by serving as a signal to potential employers that the individual is dedicated and disciplined.” Since the employer benefits from these attributes, Kosteas recommends that employers embrace sponsored exercise programs and gym memberships not only for the good of employees, but also for the bottom line.

While many studies have been done on the causes and economic effects of obesity and exercise, the effects of exercise on the labor market have been neglected. “To establish whether such a link exists is an important part in understanding the broader effects of regular physical activity,” he concludes.