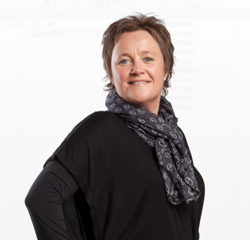 Millions of people all over the world have followed the 2016 World Chess Championship game between the reigning world champion Magnus Carlsen from Norway and a challenger Sergey Karjakin from Russia that took place in New York City, USA between 11th and 30th of November. After twelve games the result was 6-6, meaning that tie breaks were to decide the match. And finally, last night on his 26th birthday, Carlsen won the four-game rapid chess tie break with 3-1. This was somewhat surprising for many, who did not consider Carlsen to be at his best during the last 12 matches, and twho believed that Karjakin was a great opponent throughout the championship.  When asked about the game by a Norwegian journalist, Karjakin said “It was perhaps a mistake that I prepared for both the black and the white portions. I looked at many varieties. But in rapid chess it’s better to be in good shape. And I was not in good shape”.

Chess is a game that involves many aspects of high level cognition such as memory, attention, focus and problem solving. It is a demanding game that favors the physically fit during long matches and tournaments. Thus, the simple question many of us raise today is if Magnus Carlsen`s physical fitness level better than Sergey Karjakin`s? Research does support the association between cardiorespiratory fitness and cognitive function in healthy pre-adolescent children and middle-aged and older people.

Exercise is important as medicine for treatment of heart and lifestyle related diseases and for increasing the likelihood and preservation of good heart and brain throughout life. This is true even for the winners of the World Chess Championship. 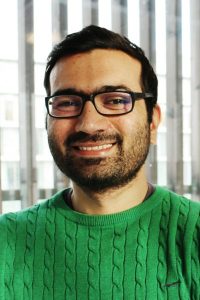 “Confused about how much exercise to take for a healthy heart? Norwegian researchers have come up with a useful app that allows you to personalise the amount of exercise needed to reduce your risk of death from heart attack and stroke”, The Irish Times writes about our reserach that lies behind the app PAI (Personal activity intelligence).

This weekend our senior researcher Javaid Nauman was invited to speak about this reserch in front of other researchers and the press at the large congress for heart research, ESC in Rome.

“Individuals do not know how much exercise they need to prevent cardiovascular disease”, Nauman said during the session.

END_OF_DOCUMENT_TOKEN_TO_BE_REPLACED

Sudden cardiac death (SCD) is a catastrophic cardiac event, that is often the first, last and only cardiac event for unfortunate victims. In a study published July 1,2016 in the Mayo Clinic Proceedings, led by David Jimenez-Pavon, Enrique Artero, DC Lee and senior author , Dr Steven Blair from the Aerobics Center Longitudinal Study, my colleagues and I reported on a cohort of over 55,000 followed for 15 years on average , during which 109 SCDs occurred.

END_OF_DOCUMENT_TOKEN_TO_BE_REPLACED

Most countries in the world will by the year 2050 experience a large demographic change, leading to an increase in the proportion of older adults. This is expected to increase health related costs. Physical activity is shown to be a key factor in the prevention of lifestyle-related diseases, but there is less research on physical activity among older adults compared to the general population. In addition, there are few long-term, randomized exercise intervention studies among healthy older adults. END_OF_DOCUMENT_TOKEN_TO_BE_REPLACED

What is the best practice for cardiac rehabilitation really? The clinical practice in Europe differs enormously with regard to how we do it, when we do it and where we do it, despite numerous guidelines and several scientific papers regarding this topic. The Take Heart project aims to identify the best clinical practice in cardiac rehabilitation and thereby improve the quality and attendance rates among eligible patients with coronary heart disease (CHD).

In Europe, CHD accounts for an estimated 1.95 million deaths each year and is estimated to cost the EU economy € 60 billion a year. In secondary prevention, exercise training is associated with reduced morbidity and mortality in CHD. Exercise-based cardiac rehabilitation is therefore strongly recommended to patients with CHD, and should be offered to all eligible patients. However, the reality is quite the opposite! It is estimated that less than 30 % of eligible patients attend the cardiac rehabilitation.

END_OF_DOCUMENT_TOKEN_TO_BE_REPLACED

Last week the United States Surgeon General, Vivek H. Murthy, held a lecture at the annual meeting of the American College of Sport Medicine (ACSM) about his Call to Action to Promote Walking and Walkable Communities.

In his initiative to improve the health of the American people he stated that he aimed to walk the talk by implementing the best science for the benefit of the society. He wants to help people of all ages protect and improve their health and reduce risk of obesity and disease through regular physical activity and a healthy diet.

END_OF_DOCUMENT_TOKEN_TO_BE_REPLACED

Many people believe that the frequency of our heart beats follows a fixed rhythm, but that is not the fact. Measurement of the electrical signals from the heart show that tiny differences occur between each heartbeat, also called heart rate variability (HRV). An average heart rate of 60 beat per minute does not mean that the interval between successive heartbeats would be exactly one second. In fact the heart beats may vary from 0.5 to 2.0 second. The interplay between the circulatory system organs and the autonomic nervous system is affected by complex biosignals (such as heart rate) which in turn contribute to a dynamic balance between the brain and the cardiovascular system.  HRV is used as an indicator of the activity of the autonomic nervous system. A high HRV, which is evaluated to be associated with good cardiovascular health, indicates dominance of the parasympathetic response, the side of the autonomic nervous system that promotes relaxation, digestion, sleep, and recovery. The research literature has also established that individuals with a range of psychiatric disorders have reduced HRV, but more research in this field is needed.

END_OF_DOCUMENT_TOKEN_TO_BE_REPLACED

CERG had the privilege of joining the Biralee International School Science Fair in Trondheim to witness the brilliance of young scientists in the making.

Everyone at the school (from the very young 3-4 year olds to the 10 graders) participated in the science fair.

The youngest pupils focused on a single project and tried to find out if the seed can grow when things it needs to become a plant are taken away or what happens to fruit when it is exposed to air and water.

END_OF_DOCUMENT_TOKEN_TO_BE_REPLACED

The advisory unit concerns the dissemination of knowledge about exercise training as treatment for people with coronary heart disease, heart failure, peripheral artery disease and chronic obstructive pulmonary disease (COPD). The service is involved in education, research and promotion of exercise training as medicine for those cardiopulmonary conditions.

END_OF_DOCUMENT_TOKEN_TO_BE_REPLACED

It is well documented that physical activity has favorable health effects, but does it matter where you exercise? Are there more health benefits of exercising outdoors compared to indoors?

Some prefer working out in the gym or in the privacy of their own home, while others enjoy getting out for some fresh air. Exercise is good for you whether you prefer doing it indoors or outdoors. However, according to a systematic review that included more than 800 adults, outdoor exercise was associated with more health benefits compared to indoor activity.